This week, we shift our focus to security, technology and threat groups. Several Washington, D.C. agencies have been using Global Positioning Satellite technology to fight crime. The Court Services and Offender Supervision Agency not only uses it to track more than 650 offenders, the most of any agency in the U.S., it also shares its information, and the lessons learned from its GPS strategy, with other agencies to make crime fighting more efficient and safer.
Jim
Editor, Corrections.com

Coalition of the tracking 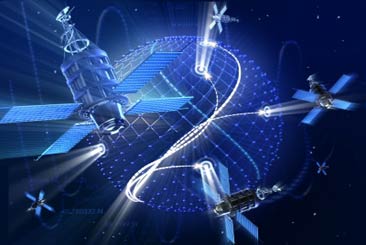 Right now, thousands of miles above Earth, Global Positioning System, or GPS, satellites are pinpointing the locations of delivery trucks, endangered species, forest fire perimeters, and perhaps a teenager borrowing his parents’ car for the night.

GPS is everywhere these days, and the technology is even expanding its role as a public servant. For the District of Columbia’s probation and parole services agency, the Court Services and Offender Supervision Agency (CSOSA), GPS tracking of offenders is about much more than simply keeping tabs on individuals.

“The anecdotal evidence we’re hearing from domestic violence victims is, ‘He was bothering me and now he’s not,’” says CSOSA spokesman Len Sipes. “We’re seeing offenders who refused to get work, but after one week on GPS, find work.” Read this week's full story.

Regarding the ongoing debate about private facilities from our readers and contributors, and the articles Dungeons for dollars, 4/7/08 and Counterpoint: Too harsh on private industry, 4/14/08.

Whether you are employed at a public or private jail, the job of maintaining security of the facility and the safety of staff and inmates is probably much the same and all that do the job deserve respect. Our rush to replace the institutions that have made our country what it is today is astounding to me. Instead of supporting those institutions and raising standards as well as resources, some in government seem to think that anything else would be better, particularly if someone outside of government can make a profit.

With that said, it is the duty of the state and the county to fund jail facilities. My state has contracted with other states to house our inmates. The same people that decided to pay private contractors refuse to raise the pay and benefits of their own employees or adequately staff the facilities they operate much less build new ones.

The state has other easy options, such as contracting with counties to house inmates, that they are being forced to hold without compensation today. The money spent on private companies would be enough to pay Sheriffs to house those inmates, but the state would rather pay a private company than to support the government agencies that are an essential part of the criminal justice system.

I am not critical of the companies that offer the service, but of the administrations that refuse to see that experienced professionals are an extremely valuable resource that is being squeezed out of existence. Without getting into political arguments, it is odd that people that run for executive office in states and counties on the platform of cutting spending are not reducing budgets, but shifting spending to other things in the name of streamlining government.
Larry Amerson, Sheriff, Calhoun County Sheriff's Office, Alabama

See what readers are talking about.

Give us your opinion.

Clearly, not all professional partnerships are identical. Full story

In 2005, the Department of Correctional Services (DCS) put together a white paper, or government report, expounding upon and setting out goals...Full story

Date: 5/27/08
An Introduction to Emotional Intelligence for Anger Management Facilitators, Clinicians, MFTs and LCSWs Emotional intelligence is a learned ability needed to understand, use, and express human emotions in a healthy and skilled manner. Read more.

Date: 6/7/08
This course covers not only the basics of gang identification but will look in depth at the history of certain gangs, identifying characteristics and what the common gang symbols mean. Read more

Unlock the Mystery: Managing Mental Health from Corrections to Community

Date: 6/23 - 25/08
Attendees will be afforded the opportunity to acquire innovative strategies, employed by correctional agencies across the country, for managing the explosive growth of the mentally ill, substance abuse, and sex offender populations within the adult male, adult female and juvenile populations in jails and prisons. Read more.

"The follies which a man regrets most, in his life, are those which he didn't commit when he had the opportunity."
- Helen Rowland (1875-1950), American journalist and humorist.