This week, Corrections.com reporter, Ann Coppola, reviews a very unique education for those in the legal field. Lawyers entwined in death penalty trials must not only embrace the turmoil surrounding these difficult cases, but they also must understand all the intricacies involved. Santa Clara University offers a therapeutic, workshop-type opportunity, known as Death Penalty College, to attorneys in need of direction, support and general help in navigating the nuances of capital punishment.
Jim

Tell us what you think at editor@corrections.com. 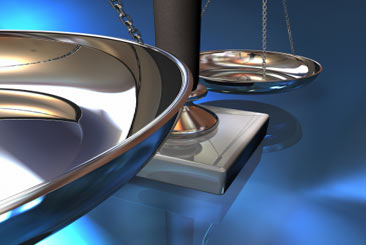 The legal landscape for defense lawyers with pending capital cases has grown increasingly challenging to navigate. Defending an inmate on death row could become even more daunting as legislators examine a “fast-tracking” proposal that could take years off the time death row inmates have to appeal their case.

In the middle of this constantly changing legal territory, one very different kind of college is preparing less experienced lawyers for the road ahead.

The Death Penalty College, hosted by Santa Clara University, is an annual weeklong workshop where defense lawyers from across the country with pending capital cases gather. Seventy lawyers attended the 17th meeting this August to workshop their cases and learn new skills from some of the leading death penalty attorneys in the U.S. More

Have an article or story idea? Send them to editor@corrections.com.

Regarding Becoming a prison town, 8/18/07
I was most impressed by reading this article. Having worked for more than 10 years with corrections, I have received a lot of alienation from the community as well. Working in a prison is not always what it seems. The pay is great, but the mental and emotional stress is greater. When I say greater, I mean stress can create physical problems.

There was a report done some years ago, which stated correctional employees have a higher rate of divorce than any other law enforcement agency. Now that is saying a lot. Corrections employees have a relationship with other employees. In other words, they congregate amongst themselves, leaving old friends out of the network. This can create a them vs. us environment. I don't believe the alienation is on purpose, but who can you relate to other than another corrections employee regarding stress? One who works in corrections is more than likely consumed with his or her work. This places stress on family and friendship.

A new prison in town causes most of its employees to be overworked. The only good thing is that the prison will boost the economy. Communities should consider having their prison contribute to the economy more, like contributing to city/local government to eliminate the stress from the taxpayers.
Najiyyah Abdullah

Regarding Waiting for the “SHU” to drop, 8/26/07
I am a sergeant in a disciplinary confinement unit in Florida. Very exciting, and challenging. I learned much from the experience. Many people have what we call war stories. They are very interesting to hear. The unit I work in five days a week houses some of the worst inmates in Florida. We had Edward Surratt in our unit. America's Most Wanted was here to interview him. He is suspected in the killings of more than 40 women in Ohio and Pennsylvania. I talked to this man. And it was incredible. I have been in corrections for 13 years and I love it. No stress, just an unbelievable learning experience into the criminal mind.
Ed Reardon

According to a Bureau of Justice Statistics report released this month, correctional authorities reported more than 6,000 allegations of sexual violence involving inmates in prisons and jails during 2006. More

Do I creep you out? Keeping work habits out of the home.

You can take the person out of the corrections. But can you keep corrections out of the person? Can professionals clock out and leave all deeply ingrained corrections habits behind the walls? Or are we doomed to perpetually monitor and observe even when we are in our relatively safe place away from the institution? More

Waiting for the “SHU” to drop

New York lawmakers have voted and the results are in: their shoes definitely don’t fit. The shoes in question, though, are actually the state’s correctional facilities’ SHUs, also known as Special Housing Units, which are used for disciplinary solitary confinement. Currently, an estimated 500 to 700 inmates with serious psychiatric disabilities are in SHUs, but a new bill is aiming to keep these individuals from going there in the first place. More

Med 101 Allows Medical Staff To Buy Direct and Save 40%

Last December Med101store.com opened its doors and began selling disposable medical supplies direct from the warehouse, an unprecedented move that promises to impact the way medical supplies are purchased in this country. More

Date: 9/10 - 9/13/07
Each year at its annual conference the WCWSA provides training opportunities with a variety of correctional professional and experts in the fields of law enforcement, technology, law and other topics of interest. More

Date: 9/10 - 0/14/07
This training will provide the participant the knowledge of proper planning methods and techniques for conducting a successful foot, vehicle and stationary surveillance operation in an urban setting. More

"Character is higher than intellect... A great soul will be strong to live, as well as to think."
- Ralph Waldo Emerson (1803 - 1882), American author, essayist, philosopher, poet