Education is our focus this month, and reporter Ann Coppola looked to the stars for a program that uses satellites so it can offer vast educational options to corrections professionals and inmates. The hardware might be thousands of miles in space, but thanks to this technology, learning about any topic is just a few mouse clicks away.
Jim

Eyes on the skies

Looking to the skies for intelligence 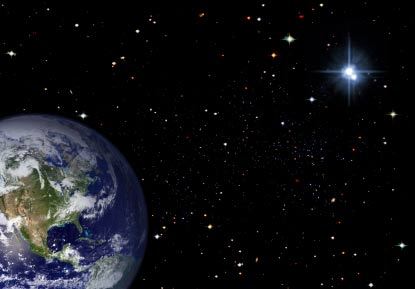 The collective groan you might have heard in the past few weeks was probably the millions of scholars, young and old, acknowledging that summer vacation had ended and it was time to head back to school. You won’t hear any complaints from the Correctional Education Association though, where things are looking up, quite literally.

CEA has refurbished its educational system into the Transforming Lives Network, where educators can download programming via the association’s satellite. TLN currently provides 1,400 hours of offender education and more than 600 hours of correctional staff training each year.

“It’s provided from our satellite on a digital band signal which is uplinked to hundreds of facility sites throughout the nation,” TLN project director Anne Charles explains. “Each facility uses a fixed dish and the signal goes directly to a satellite decoder. They subscribe to and then tune the decoder to our frequency, and then they can get the programming. More

Joe Bouchard's article is "on point." Here in NYC we were musing among ourselves after 9-11 "What if Correction Officers were on those doomed airplanes?" While this may be a wishful projection, I suspect there might have been an alternative outcome on that day if COs were involved in this scenario.

This is a very strong statement, but this is what our profession does for a living: Preventing or stopping "thugs" from carrying out evil deeds. How many times have we stopped a razor-bearing inmate by putting them in body holds? While the al-Qaida trained terrorist is a thug raised to a higher order, and no doubt a major problem to control, it is my belief that trained COs can thoroughly contain terrorist scenarios that do not involve firearms.

The CO, I believe, looks at terrorists in the same vein as the gangs that inhabit our jails. The methodology is pretty much the same, that is, gangs and terrorists alike try to seize control by disrupting normal operations and creating extraordinary motivators to put the majority of the population and staff off balance. Thus they create a small window of opportunity to make themselves known and to have control. Per Mr. Bouchard's statements vigilance and prevention are the only ways to contain this menace, which Correction people know very well. 9-11 is held very closely to the NYC uniformed community, wherein the Correction Department participated fully along side the other agencies in the response to the World Trade Center tragedy.
John J. Murphy, Jr, Captain, NYC Dept of Correction

As mentioned in my prior article, Are you really listening? 5/29/07 I explained that to interact effectively with others, whether at work or at home, we first need to listen well. Listening helps us understand the speaker’s issues and enables us to communicate effectively back to them. Such understanding can best be expressed through validating comments. More

This September marks the 18th annual National Alcohol and Drug Addiction Recovery Month, and one California prison is expanding an innovative recovery program that is turning heads and turning lives around. More

The events of 9/11 teach us that vigilance is key and complacency fatal. On September 20, 2005, Corrections.com printed this piece as "Corrections staff are natural anti-terrorist agents." Two years later, on the sixth anniversary of that life-changing day, this is still relevant. In fact, as time recedes from the event, the lessons are even more relevant. We in corrections are always watchful. More

Date: 10/3/07
The Management of HIV/ AIDS in the Correctional & Community Setting is an on-going satellite videoconference series designed to address clinical issues in the management of HIV-infected patients. More

Date: 10/4 - 10/5/07
In the continued pursuit of accreditation, the CAAO Board of Directors are committed to bringing valuable training and updates to members through the annual conference. More

"Dignity consists not in possessing honors, but in the consciousness that we deserve them."
- Aristotle