It would be ghoulish of us to miss a story about a warden’s program that fosters respect among inmates both living and dead. Fortunately, in-house reporter, and suspected witch, Ann Coppola, was able to catch up with Louisiana's Warden Burl Cain to discuss his facility’s unique coffin-making project.

If you’re looking for the “horror of it all,” in this week’s story, you probably won’t find any. However, the idea that someone is building a casket that very well could be his own is quite frightening!
Jim

DEADLINE EXTENDED FOR OUR CONTEST ! - Step into the spotlight corrections heroes
Are you a hero? Know someone who is? Then share your stories, photos, and videos of those surprising, inspiring and awesome heroic moments and win a Nintendo Wii! The deadline has been extended to 11/15, but tell us now!

Simple place for a simple man

Respect for the dead and living alike 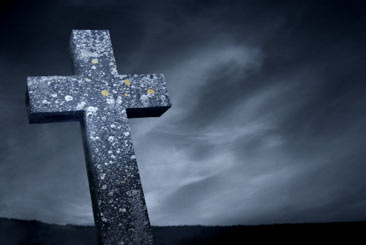 The nondescript setting that is Point Lookout Cemetery seems fitting for those who rest here. Austere columns support a wired arch above its entrance that holds the word “cemetery” in large white letters. They match the stark, cross-shaped grave markers, which tell nothing of those buried beneath them. Perhaps there is no story to be told for the dead here, but for Louisiana State Penitentiary inmates this facility's cemetery still serves as a symbol of dignity.

Of Angola’s 5,000 inmates, 90 percent are expected to die in prison because of their life sentences. For a time, those who died and were unclaimed by family were handled rather unceremoniously. When Warden Burl Cain arrived at the facility he sought to change that through a program that would instill more respect for the dead and create a sense of dignity for those still alive. Read the full story

Send us your article or story ideas.

Just thought to say how inspiring it is to hear about what’s happening in some prisons in the USA. I am really impressed by the Transforming Lives Network and the potential it has to support prisoners and, quite literally, transform their lives.

I work as a teacher in a UK prison and we have nothing to match this. Prisoners have TVs in their cells to keep them from going insane due to lack of meaningful activities. However, just like the rest of us, they are mostly brought down by the kind of rubbish that gets broadcast these days, and many of them choose instead to listen to the radio or to their own diskman – at least they can get some inspiration out of music.

Yes, I wish that we had some such tool in UK prisons. Perhaps it will come at some point in the future. Hope so!!
Roz Ffitch (HMP Camp Hill, Isle of Wight, UK)

Being a woman working in corrections takes strength. So does pulling a Ford F-150 truck. Rarely do you find those two feats in the same person, until you walk into one South Carolina prison. Full story

When communicating in a juvenile correctional facility we must first understand what sets juvenile inmates off and why their behaviors are aggressive. When you first start working in a correctional environment you get hit with a culture shock. You realize that the inmates are not locked in their cells and get more than bread and water to eat. Your ingrained perceived values of what criminals should and should not have are taken to task. Now is when you might to ask yourself, “What have I gotten myself into?” Full story

Managing the "other" inmate

The American Psychiatric Association reports that up to 20 percent of the inmates currently incarcerated in our prisons and jails are seriously mentally ill. That equates to more than 300,000 inmates and represents a rate of mental illness that is four times higher than that of the general population. Full story

Date: 11/15/07
This course is designed to help you understand the world of deception. We give you insight to uncover truths or lies during your interviews and casual conversations. More